I love this time of year, when we can reflect on all we accomplished over the last twelve months and solidify plans for a new year. 2015 marked Fingerpaint’s seven-year anniversary as a company. The seven-year milestone is an important one. It’s a natural time to reflect on what has been key to our success so far and evaluate what is needed to reach the next level in our evolution as a growing, entrepreneurial, truly integrated marketing agency.

All three of our offices experienced solid growth in 2015. The Saratoga Springs office, along with Fingerpaint Studios, picked up a sizeable amount of new business, especially in the second half of the year. This ensures we have huge momentum heading into 2016. One highlight was the creative work we did to lure American Pharoah, the first Triple Crown winner in over thirty years, to race at the Travers. ESPN, Yahoo Sports and even the owners themselves couldn’t help but get caught up in #pharoahtoga fever.

After winning a slew of new business, our new Villanova office now has a 20-person team, with another 5 open positions. It was no small task to get that office staffed and ready to roll, and now both clients and competitive agencies in the Philadelphia area are taking notice.

Our Scottsdale office celebrated its one-year anniversary with Fingerpaint in November, and what a year it was. The film team worked on some of the biggest blockbusters of the year, including Minions, Jurassic World and Star Wars: The Force Awakens. And the PR group added several big new national clients. To prepare for our growing advertising team there, we leased additional office space and have begun adding key account and creative team members. 2016 is going to be a breakout year for the Scottsdale team in terms of growth and new business.

Our success was definitely noticed in the press as well. Adweek, The Wall Street Journal and the New York Post are just some of the publications that highlighted our progress. It’s nice to get recognized for our client work and our culture; it’s what makes Fingerpaint so special.

And while this business can be crazy in terms of hours and stress, we still found time to give back to each of our communities. We donated to more than 50 charities in 2015 and even helped raise more than $45,000 for Code Blue Saratoga, the wintertime homeless shelter.

My favorite thing about Fingerpaint is and always will be the people. It’s a family. And getting everyone together for the office holiday party in Saratoga Springs was a true reminder of why we started this agency. I get to work with brilliant, creative and incredibly nice people every day. Having everyone under one roof doesn’t get to happen very often, but it’s very special when it does. It was nice to raise our glasses to everyone’s hard work in 2015 and to continued success in 2016.

I have to say thank you to everyone who helped make 2015 a terrific year and who helped put us in a great position for 2016. This is a people-first business and company. It’s a total team effort, and I am so grateful every day for the wonderful people at Fingerpaint.

I wish everyone a wonderful, safe, happy holiday season! 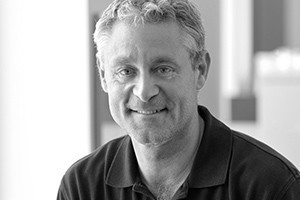 Ed Mitzen, the founder of Fingerpaint, is often referred to as a serial entrepreneur. Mitzen is full of big ideas with four companies under his belt and over 20 years of experience in the marketing, sales and advertising industry. He’s a proud member of the Syracuse Orange Nation and when he isn’t busy starting up new businesses, you can see him riding down Broadway in Saratoga Springs on his purple Harley Fat Boy.