As a member of the medical team at an agency that specializes in healthcare communication and pharmaceutical marketing, I’ve done many reviews of enforcement letters regarding prescription drug promotion. We used to do a review quarterly, then twice a year, now annually. It seems there have been fewer and fewer letters to work with lately.

While these letters are terrible if you are working on the piece that gets one, they are of great value to us as marketers. They provide us guardrails by showing us specific examples of what we cannot do and why we should avoid certain words (eg, easy, simply, always). They also communicate with the industry in lieu of formal guidance documents or between document revisions. They are our version of legal precedent; if it is a violation for one brand, it is a violation for all brands.

For example, on April 2, 2009, the Food and Drug Administration’s (FDA) Division of Drug Marketing, Advertising, and Communications (DDMAC) issued 14 warning letters that effectively established that presenting risk information, the indication, and the established name “one click” away from a claim was not adequate. In a single day, these letters changed online pharmaceutical advertising.

However, despite an increase in pharmaceutical marketing, the number of enforcement letters is trending downward. So are we, as marketers, getting better at our jobs and not triggering these letters from the FDA, or is something else going on? 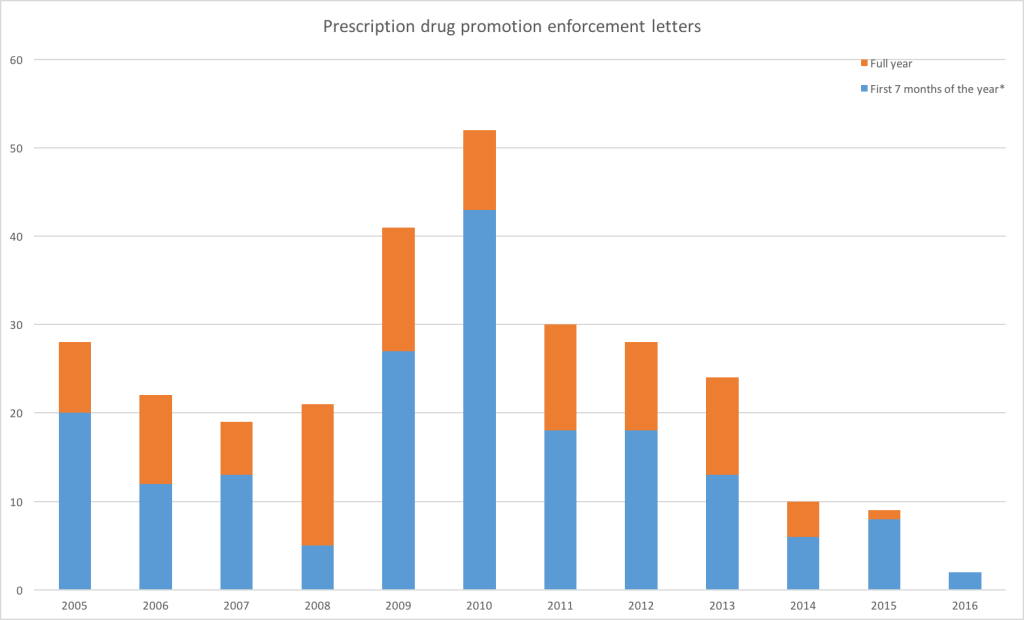 What could be behind this drop?

In 2011, the FDA announced the end of DDMAC and the creation of a new office, OPDP. The elevation from division to office suggested a continued, deeper focus on prescription drug promotion and probably an increase in staff to support this focus. So, what has happened in terms of the number of enforcement letters since the transition from DDMAC to OPDP? As can be seen in the accompanying table, enforcement letters have been steadily declining, despite the deeper focus and increased staff.

Given the steady decline in enforcement letters, is it increased scrutiny of OPDP compared to DDMAC since its elevation to an office as opposed to a division within the FDA that is behind the decline? While this correlation is interesting, and may be part of the answer, the trend of decreasing enforcement letters since 1998 leads one to believe that this is just one piece of the puzzle.

Is it a change in reaction to two major wins—Amarin and Pacira—against the FDA in 2015? Has OPDP become more cautious, deliberate, and fastidious before issuing an enforcement letter in response to these cases? The real driver behind this drop in enforcement letters is unknown, but it makes me uneasy. Do we have another April 2, 2009, coming, or are we working in a void without the guidance from OPDP to ensure we are communicating clearly and accurately? Whatever the real driver behind the decrease in letters, because these letters serve as an important insight into OPDP’s focus, the recent lack of guidance from OPDP does a disservice to the pharmaceutical marketing industry as a whole. 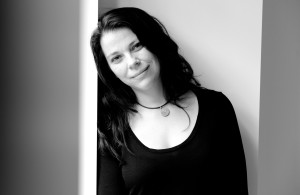 Kim Irish is a member of the medical team at Fingerpaint’s headquarters in Saratoga Springs. Her unique balance of science geek, marketing strategist and creative personality combine to generate poignant insights and strategic ideas that move markets. She has a heavy science background from the New York State Department of Health, Albany Medical College and the State University of New York at Stony Brook and has worked in pharmaceutical marketing for almost 15 years.