The Heart of the Story: The importance of a support system

Editorial note: This is the third in a four-part series written by Alexis Kern, a creative in our Phoenix office, about her experience with Myocarditis, a rare cardiovascular disease. To mark American Heart Month and Rare Disease Day, she will be sharing how her work in the healthcare industry impacted her as a patient, and how being a patient now influences her work. We hope that by Alexis sharing her story, we can help bring awareness to these two subjects. Read part one and part two. 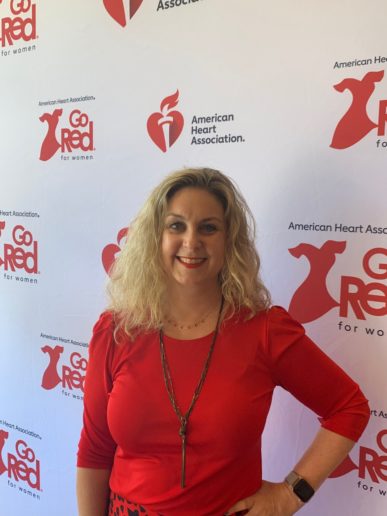 Recovery is a tricky thing, and it’s an even trickier thing when you are recovering from a rare heart disease. Imagine a deflated basketball or volleyball—it becomes this flat, inanimate object that doesn’t work well for its intended purpose. That is basically what had happened to my heart when it was infected with a rare, life-threatening virus. As my heart started to recover from myocarditis, it had to learn to work again.

When I was first allowed to move after eight days, I had gotten moved to a chair to sit up. In the time that I was not allowed to move, my leg muscles had atrophied, and I had to learn how to stand and walk again. As a younger patient, I learned that muscles atrophy quicker because we haven’t been using them as long as an older patient. That first time I was allowed to sit up, I made it an hour and a half, and then I slept for four hours. Who knew sitting up was so exhausting?

After that it was tons of baby steps until I was able to sit up for long periods of time, walk down the hall of the ICU wing on my own, and eventually climb a set a stairs (with a lot of help). Finally, I graduated from the ICU and was allowed to go home a couple of days later. This is where the next challenge set in.

With a little help from my friends

When my agency (or Fingerpaint) team and I work with a client to help develop sales materials for the reps, messaging, or informational brochures, we always think of the patient. Depending on disease state, we look beyond the patient to the care partner because they are the ones who are helping the patient to heal, and the ones who are getting the brunt of the work. They need information and need to be supported, too.

I am here to tell you that I could not have made it through this whole thing without an amazing support system and fantastic care partners. My friends and family were there every day. My brother and sister-in-law flew cross-country just to keep me company. My uncle decorated my room to brighten it up. My parents, extended family, and friends all took shifts and made sure I wasn’t alone. Sometimes I didn’t have the strength to see anyone, and those family and friends came back the next day. I will be forever thankful.

My parents became my core care partners, which is a very humbling experience. As a grown adult, I look to my parents now for guidance for life decisions, but now I had to turn to them to help do the most mundane activities—like turning a knob on a door, or even getting dressed. My mother took me outside to walk so I could continue to build up my strength. As much as I was physically recovering, my family was mentally recovering. All I could do to keep them at ease was to keep working at trying to get better. They supported me, and now I wanted to support them.

After about 6 weeks, I was finally strong enough to go back to my apartment in New York City. I adopted a dog about a month after getting out of the hospital, and he became part of my therapy. We walked the city streets, slowly at first. I still felt weak and was coughing a ton, but I was determined to get stronger. Just like with any other muscle, I had to build the strength back up. At the time, my blood pressure was super low—90/60, on average. So when I began cardiac rehab at NYU, I had a target heart rate of 110 to 120 beats per minute (BPM). When your heart is healing, getting to 110 BPM is exhausting. But you keep working at trying to build up strength and stamina.

Two weeks into cardiac rehab, I had a blip. I didn’t even realize I was having it, but one of my older classmates noticed I was off. My rehab team was amazing. Again, communication is what led the team to recheck my vitals and monitor me to make sure I was okay. They cleared me and my numbers returned to normal. So, I had gone to work, but all day I just felt off.

Remember that amazing support system? Well, both my mom and my brother convinced me to call my doctor and tell him what was going on. My doctor suggested I go over to urgent care to get an EKG. After a professional there read the results, I called my doctor back to tell him what had come up. He told me to grab some comfy clothes and that he’d meet me at the ER. Guess who had to go back to the hospital—yup, that would be me.