Is OPDP setting its sights on preapproval promotion?

It’s no secret that 2016 has seen a dramatic slowdown in the number of OPDP enforcement letters, even by recent standards. OPDP head Tom Abrams recently acknowledged this decline and once again stressed that the industry shouldn’t read too much into the quantity of letters, but view them in the context of other enforcement actions. According to Bloomberg BNA’s Pharmaceutical Law & Industry Report, Abrams stated that these letters are “just one component of our multi-faceted approach to achieve the objective of having nonmisleading, truthful, and balanced promotion.” Regardless, as Fingerpaint’s Dr. Kim Irish recently discussed, this lack of public visibility into OPDP’s recent actions does a disservice to the entire pharmaceutical marketing industry. ­­­

While we are still on track for a record-low crop of letters this year, there has been a blip of OPDP activity over the past month with two new letters being issued. Both recent communications are interesting in that they are not focused on traditional pharmaceutical advertisements, but rather the promotion of unapproved drugs.

The latest OPDP letter was issued to Remoxy ER, a long-acting, abuse-deterrent formulation of oxycodone. DURECT, the developer of Remoxy, had a webpage focused on the product in which specific claims related to its efficacy, proposed indication, and abuse-deterrent properties were made. While the webpage specified that Remoxy is “in development,” this presentation did not mitigate the FDA’s concerns regarding promotion of a product without formal marketing approval. Interestingly, the OPDP letter was issued less than a month before Remoxy ER received a Complete Response Letter stating that additional data were needed to gain marketing approval. The close timing of these two communications raises the question of whether they were internally coordinated.

The Remoxy ER letter was the second that OPDP sent over the span of a month related to preapproval promotion. In late August, another was issued to Celator Pharmaceuticals (a subsidiary of Jazz) for promoting an investigational product for the treatment of high-risk AML via an American Society for Clinical Oncology (ASCO) conference booth. The booth presentation made safety and efficacy claims about the product, including statements that the product delivered “optimal anti-cancer activity” and improved survival compared to other treatment approaches.

These letters present a good opportunity to review what FDA views as acceptable preapproval promotion. Since the 1990s, FDA has recognized only two forms of promotion prior to receiving official marketing approval. They are:

Importantly, brands may choose to do one or the other of the above, but not both.

While two letters do not make a trend, the timing of the activities may be a good indicator of where FDA is setting its regulatory focus. In light of these actions, pharmaceutical marketers and their agencies need to be aware of the guidelines related to preapproval promotion. Special care should be taken when communicating with healthcare providers, industry, or the public regarding pipeline drugs that have not yet received marketing approval. 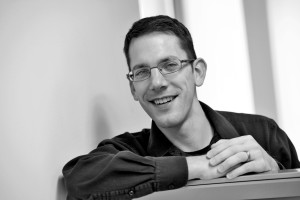 Ian DeMeritt heads up the medical team at Fingerpaint’s headquarters in Saratoga Springs. While he holds a PhD in microbiology and immunology and has mastered a lot of things (science, the written word, unicycle riding, the Rubik’s Cube, and marathons), space travel still eludes him. He’s applied multiple times to the NASA astronaut program, but has yet to make the final cut. But since he’s also mastered optimism, he couldn’t be more proud of his official NASA rejection letter.