Join us in congratulating Nick McDowell on his five-year Fingerpaint anniversary! Nick is an award-winning creative in our Saratoga Springs office who has a wealth of experience in digital and traditional marketing across the HIV, oncology, oral health, and diabetes categories. He has a unique ability to take brands to places they have never been before. To learn more about how Nick celebrated 5 years with Fingerpaint, keep on scrolling!

What did you do on your sabbatical?

I flew to Denver to see my parents and then took a road trip to Jackson, Wyoming. I saw the majesty of the Grand Tetons, the vast wastelands of the plains and lone buttes, and herds upon herds of antelope. I saw my college roommate’s wonderful life, and I saw a moose. I took a daylong float trip down the Snake River in Idaho, where I fished with my dad; it was one of the best days of my life. It was nice to be among nature with him and think about life.

After that, I took a solo road trip to see Book of Mormon, caught up with an old high school pal, did some upland game bird hunting near Lake Ontario, and played poker. New York is a beautiful state. I also wrote music, read books, and spent a lot of quality time with my family. I also took a class through the DEC and QDMA to learn to hunt whitetail deer.

What do you remember about your first day at Fingerpaint?

How fun and energetic everyone seemed, how on the ball the teams were, and how smart everyone was.

What do you like most about the entire agency?

I like that every team is dedicated to one another, and how everyone is driven to succeed.

What’s your take on Fingerpaint’s commitment to philanthropy?

This is a point of pride for me, as I have let it inspire that side of me; I’ve become personally more philanthropic with my time and resources.

What did you miss most about Fingerpaint life during your month away?

Probably the jokes, the laughter, and the friendly people.

How often do you raid the beer keg/liquor cabinet?

Who’s your favorite office dog? Why?

Mocha because she’s such a loner and a sweetie at the same time.

For your caffeine fix: Saratoga Coffee Traders or Uncommon Grounds?

Uncommon all the way. 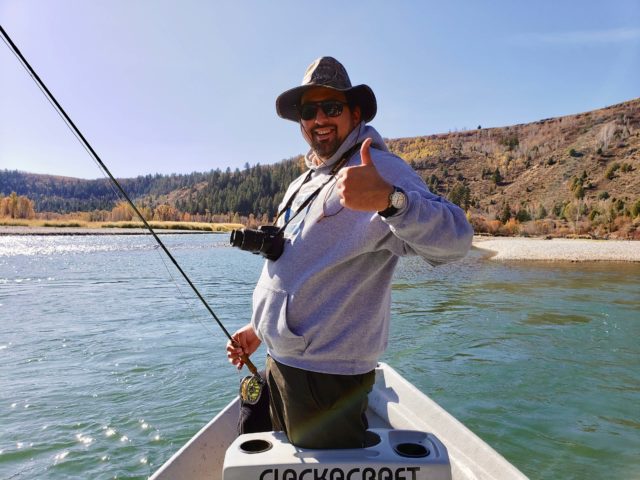