Congratulations to Mike Cassidy for celebrating five years with Fingerpaint! Mike, who is part of our production services team, can handle any card that’s thrown at him, probably because he’s been playing poker since age 11. Mike is a lot like his favorite childhood superhero, Green Lantern. He doesn’t have superpowers that fight evil, but he is ambidextrous, which is basically the same thing.

Mike, we’re not bluffing when we say thank you for making us and our clients look like superheroes.

Keep reading to learn more about Mike, his time with Fingerpaint, and how he spent his one-month sabbatical.

What do you remember about your first day at Fingerpaint?

My first day happened to be when the Saratoga office was moving from Division Street to its current location on Broadway. I spent my first week meeting co-workers, packing, moving stuff across the street, and unpacking. It was a great way to get to know people and also to learn where everything goes.

What do you like most about the entire agency?

The people. Everyone here is approachable, helpful, and friendly. There’s a real feeling of “we’re all in the same boat,” so people do what they can to help get the work out.

What advice would you give yourself/someone entering the industry?

Be prepared for change. Change of personnel, change of location, change of direction or specifications of a project, change of where the commas go in a headline – it will all happen. Don’t get stuck on things having to turn out a certain way.

What has been your favorite philanthropic initiative at Fingerpaint so far?

The Code Blue project, which was an effort to expand an emergency shelter that opens its doors on evenings when the temperature drops below 32 degrees. Here in Saratoga, we see people who need or use that service almost daily, and even though the city bills itself as “the August place to be,” the winters are long and cold. The effects of Code Blue are immediate and tangible.

What are you hoping to see happen at Fingerpaint? (trampoline in the parking lot, four-day workweeks, etc. – any ideas are welcome)

The continuation of summer Fridays – that turned out to be really great, and I’d love to see it be a yearly occurrence. Four-day workweeks would be great, or a day to work from home during the week that is free from meetings.

How often do you raid the beer keg/liquor cabinet?

Not as often as I’d like! I have a 40-minute drive to get home, so I try to save the relaxation for when I’m not behind the wheel.

Who’s your favorite office dog? Why?

James McDonough’s dog Hunter is my favorite. She’s very cute, very well-behaved, and super energetic. It’s hard not to smile when you see her romping around the office.

For your caffeine fix: Saratoga Coffee Traders or Uncommon Grounds?

Neither! I prefer my caffeine with carbonation and boatloads of sugar, so I hit the office soda fountain regularly … perhaps too regularly!

What did you do on your sabbatical?

I just got back from sabbatical the last week of July, and it was fantastic. It kicked off with a week at Cape Cod and some beach time, followed by three weeks of hanging out at home doing … nothing: no emails, no meetings, no deadlines, etc. I unplugged, did a lot of house projects, took my kids on a week full of fun day trips, and reconnected with family and friends. 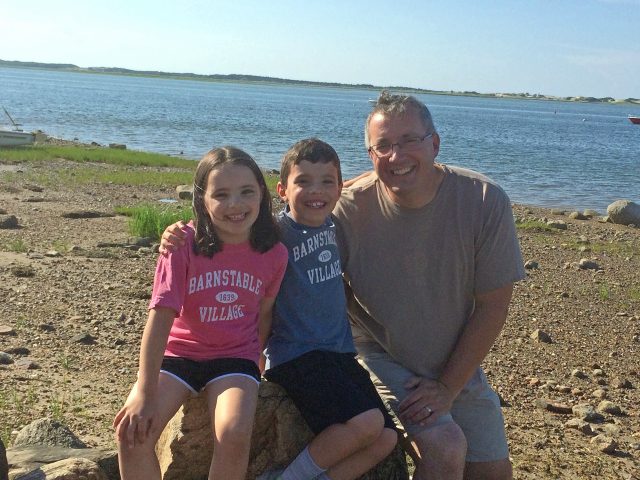