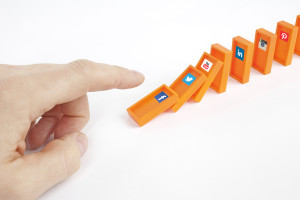 We’ve all heard it, we’ve all said it, and we have all probably wanted it: instant gratification, overnight popularity—our 15 minutes of fame. A term that was once used to describe the spread of disease is now being used in a variety of scenarios.

People-Driven (Organic)
For a story to go viral, it’s all about connection. What makes you share a story? Either you think it is funny, sad, intriguing or even disgusting; whatever feeling you have, you care enough to spread the word. This passionate connection is what turns ordinary into extraordinary and allows for ‘virality’ to take place. What’s interesting about people-driven viral campaigns, they’re usually all organic. No one paid to get the story out there, there’s no push to meet a bottom line; it’s all human interest. Take a look at these recent people-driven ‘viral’ stories; pretty sure you’ve already seen them:

Brand-Driven (Paid)
For a brand to go viral, it’s also all about connection, but more so, it’s also all about numbers. Video views, clicks, engagement, they all matter when it comes to ad performance and luckily with social media, it’s instantaneous to measure. Brands can know right away if their current campaign is going to sink or swim, or even go viral.

What’s interesting to note is that not all brands, social networks, or ad campaigns are created equal. One million views on a video might mean success for one brand, but failure for another. Had ‘Like A Girl’ only received 11,000 views, there would probably not have been a second installment nor would they be the recipient of so many awards. Had Chubbies received over 60 million views on their social videos, well, they would probably be freaking out and scrambling to fill orders.

Know that there is no magical formula or button you can push to get something to ‘go viral.’ It’s all relative to you, your brand, and your audience. Whether you’re a person or a brand, know that the content you share has to strike a connection first before anything else can happen. 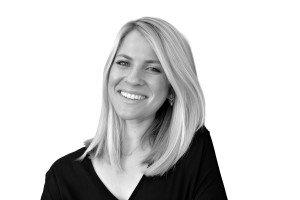 Toni Teplitsky brings her left and right brain to work for the Strategy team, combining creativity and analytics in the world of social media and digital communications. When she isn’t Instagramming, tweeting or snapping, she is on her yoga mat finding a little Zen.