Are Consumers Losing Their Appetite for Drug Marketing?

A mere couple of weeks ago, we were in the midst of the greatest of all sporting events: the Super Bowl. Now, if you’re like many viewers, you aren’t even a football fan; you just love the wings, beer, and, of course, commercials. This year, Valeant and AstraZeneca attempted to crash the party historically dominated by all-American beers, resurgent car companies, and the chips that leave you concerned for mothers-to-be everywhere.

But no one paid much attention to any of the 3 drug-related ads this year: Valeant Xifaxan, Valeant Jublia, and AstraZeneca’s unbranded opioid-induced-constipation-(OIC)-is-different campaign (I’m discounting Advil here, as it’s over-the-counter). Last year’s Super Bowl saw only 1 ad for Valeant’s Jublia, and it was the second lowest-rated ad (3.22 out of 10). There were 63 commercials in this year’s Super Bowl. Take a guess where these 3 finished: 60, 62, and 63. Pharma companies and ad agencies just don’t seem to see a lot of strategic value in the Super Bowl. These numbers reaffirm that sentiment. Maybe that’s justifiable due to the limitations of pharmaceutical marketing and that these brands have no legitimate way of competing with the buzz, humor, and fun of nondrug ads. Think about it: When was the last time you saw a commercial for an oil company in the Super Bowl? Ad agencies have wisely advised their clients to heed the research that says to sit out the Super Bowl. And while oil companies have stepped back from the biggest of marketing stages, some pharma companies keep trying to crack the consumers and their small palate for drug advertisements.

Before we try and figure out why those ads fell flat, it’s important to contextually understand if they fell flat relative to nondrug ads, or if they fell flat relative to previous years’ performance. And before we answer that question, it’s important to know what consumers really think about us advertising folks to begin with. A December 2 to 6, 2015, Gallup Poll reported that only 10% of participants rated our (advertising professionals’) honesty and ethical standards as “high or very high.” That sits a full 11 points below lawyers and a full 57 points below medical doctors. We did, however, beat out car salespersons, telemarketers, members of Congress, and lobbyists (8%, 8%, 8%, and 7%, respectively). A 2013 Harris Poll reported that only 10% of participants believed pharma and drug companies are generally honest and trustworthy. The most trusted? Supermarkets at 30% and hospitals at 28%.

I’ve found over my few short years in advertising that developing a strategy to communicate why a consumer should care about [insert drug here] feels a lot like what I imagine it would feel like to be dropped off at the base of Mount Everest and told to start climbing. Seems fun, but in reality, it requires a team effort and years of preparation. Many will never make it. But that doesn’t stop mountaineers the world over from trying. In a nod to the 3 most famous words in all of mountaineering spoken by George Mallory when asked why he attempted to climb Everest—“Because it’s there”—that’s why we keep going back for more of that Super Bowl advertising. Because it’s our Everest. We want to beat it.

So, who went back to Everest this year? Valeant did. Recall last year: Jublia was rated 3.22 (out of 10) and ranked 60 out of 61 commercials. This year, Valeant came back with a new commercial for Jublia and brought along Xifaxan for good measure. It must have learned from last year, right? Well…no. Jublia scored a 3.22 again this year and ranked 63 out of 63. Xifaxan did manage to fare a bit better, scoring a 3.3 and ranking 62 out of 63. What about AstraZeneca’s OIC-is-different commercial? It wasn’t a direct drug advertisement, but to a consumer, it would be fairly clear that it was in some way related to a condition that required a drug for treatment. It, too, fell on its face, scoring a 3.46 and ranking 60 out of 63.

To revisit the question of contextual performance, the answer is the same: Drug ads performed poorly last year, they performed poorly this year, and their ratings did not improve in the eyes of consumers year-over-year. No matter how hard you look for the silver lining, it’s not there. Advertisers for this year’s Super Bowl were paying upwards of $5 million per 30-second time slot. That’s a lot of marketing budget to finish in last place.

Is it time we as marketers decide to collectively pull the plug on drug ads in the Super Bowl and sail quietly into the good night?

Let’s revisit my opening commentary, where I spoke to the restrictions of marketing in this space. Are pharma companies and marketing agencies today really able to put out a good product with the current guidelines and restrictions in place? I think most of us would probably agree when I respond with a resounding “not likely.” It’s not because we can’t provide important promotional and risk information to consumers, but because we’ve all become numb to the overbearing risk language. We are no longer hearing the very things the FDA has set out to make sure are heard. And thus, we’ve lost the value to both marketers and consumers. Maybe the Super Bowl highlights brilliantly the need to reconsider how we’re able to market to consumers.

Just this past year, the FDA released guidance around creating a Consumer Brief Summary, a new and abbreviated risk presentation format that would allow for clearer and quicker communication of risk and adequate directions for use information. The FDA has taken the stance that only the most important risk information should be presented in a way that consumers can actually understand, instead of exhaustively listing all of the risk information. Its reasoning is backed by research showing that people process only a limited amount of information at one time. While this seems like common sense, we now have actual data to support that more isn’t always better when communicating risk information. In fact, an FDA survey found that few respondents reported reading half or more of the brief summary in the traditional format. Of those who read at least some of the brief summary, 55% described it as hard to read. Additionally, 40% reported they don’t usually read any of the brief summary in direct-to-consumer (DTC) prescription drug advertisements.

In the end, maybe it’s not that consumers have lost their appetite, but rather they just aren’t listening. There’s too much white noise. And while I admire Valeant for heading back to the Super Bowl this year, as marketers we have to start exploring new ways to communicate what actually matters to consumers while providing them the most important information so they can use medicines responsibly and safely.

While I’ve shared a lot of data here suggesting that Super Bowl ads are a terrible use of a pharma marketing budget, a colleague of mine was quick to ask me one simple question in retort: “Know what they call the guy who finishes last in his med school class? Doctor.”

Last place at the Super Bowl still has me writing a blog about it, so maybe that’s a strategy unto itself. Well played, Valeant. 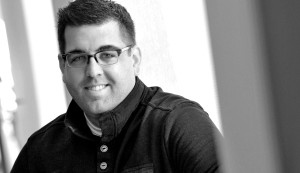 Jamey Hardesty is a member of the medical strategy team at Fingerpaint’s headquarters in Saratoga Springs. He’s our resident epidemiologist, having spent time in China and Africa where he researched HIV and the measles virus. He’s a lover of technology and innovation and is constantly looking for unique strategies to help grow the vision of our pharma and biomedical clients. In his free time, Jamey travels the world scuba diving and climbing things. He’s also our resident coffee and beer guru, so if you’re looking for the right coffee-infused beer, he’s your guy.