Africa, Pharma and the Importance of Getting to Know Your Audience

Early one morning in 2006, as the sun was rising across the runway, I boarded the flight that would take me from New York City to Lusaka, Zambia, to spend the next 3 months helping those with HIV. I had no idea what I’d find in sub-Saharan Africa, but I knew that I was going there to make changes that could improve the lives of its millions of residents.

I had found something I was passionate about, HIV, and went into antiretroviral (ARV) drug adherence research at Michigan State University to do something about it. Still, I was anxious leaving the United States for a developing nation full of people I didn’t fully understand.

A model based on respect
HIV isn’t the only important cause there is in the world, but it’s among those with solutions that strongly rely on grassroots work, as I learned in Zambia. The same can be said for many of my favorite nonprofits and companies, who have recognized that solving a problem takes more than giving people something they didn’t have. My father, who started a Habitat for Humanity chapter in my hometown, embodied the belief that, “it’s not a handout, it’s a hand-up,” and to me, the best organizations operate on this very same principle.

Take, for example, Warby Parker (WP). It’s only because I don’t have a money tree that I don’t own about 500 pairs of their glasses. What I love most is that WP recognized something socially and behaviorally important, which is that when you give something away to a population in need, you’re teaching dependence. So when I buy my glasses, instead of just giving glasses away, WP donates an equivalent value to programs in the developing world that train men and women to give basic eye exams, source glasses people want to buy, and sell those glasses at affordable prices.

Similarly, Charity Water builds wells in developing nations and places hygiene workers in affected communities to teach the importance of sanitation and hand washing—which, together, can reduce more than 37.5% of all water-related deaths. This support acts as a catalyst for income and education, especially among women and children: Every $1 invested in improved water supply and sanitation yields $4 to $12 for the local economy. The support structure is every bit as important, if not more so, than the clean water itself.

Learning from the developing world
In my third week pulling patient medical records in rural HIV clinics in Africa, I realized that stopping HIV was about much more than providing ARV medications. Those work, and well. The real fight was figuring out how to support individual adherence to ARV routines. Among a transient, widely dispersed rural population with extremely limited transportation and a mistrust of healthcare workers, how could we possibly track everyone and make sure they took their meds?

Providing hospitals with motorcycles allowed healthcare workers to more easily deliver medication to their patients and monitor their health. This was a small gesture, but it had a huge impact on ARV adherence in the region.

Jump ahead to today. What if I told you that ARV adherence in sub-Saharan Africa is higher than in the developed world, including the United States? You’d scoff! And you’d be wrong!

Analysis of 31 studies in North America and 27 in sub-Saharan Africa shows that people with HIV/AIDS in the African studies take more than 90% of their doses and have a 77% adherence rate, while the U.S. adherence rate is just 55%. You’d think that, with the significant economic assistance and steady supply of medicines in North America, those numbers would be flipped. But they’re not. Not even after researchers tested an initiative to pay HIV-positive people in the United States $280 to take their ARVs—in fact, that initiative decisively failed.

From the economic angle, each prevented HIV infection in the United States saves $230,000 to $338,000 in healthcare costs that would otherwise be paid by taxpayers. And patients who take their ARVs regularly are 95% less likely to infect others. So if we can get people to adhere to their ARVs, we’ll limit transmission and save a lot of money. Sounds simple, right?

It used to be that we said Africa should learn from us, but that’s changing. These HIV medications work. It’s the behaviors and education that we need to work on.

Bringing the lessons home
I’ve learned to appreciate organizations that do more than give people something they didn’t have. I respect what they’re doing for the world when they provide people the ability to help themselves and empower those people to take control of their own health and behaviors. As Warby Parker, Charity Water and my HIV treatment colleagues show, when you support the “thing” you’re providing—whether it’s water, eyeglasses, or medications—you significantly increase its value and build loyalty.

If this model sounds familiar, it’s because pharma companies are starting to find value in it and put it into practice through patient support programs. For example, AbbVie offers an injection training kit for Humira, which makes use of hearing, sight, and touch to help patients learn how to use their self-injector. AbbVie, like Warby Parker and Charity Water, recognize that this is about building sustainability and user loyalty—not just about distributing a drug.

Having consideration for the overarching needs of the people and populations we serve makes us more creative and effective. Prioritizing sustainability and support in our efforts can help us achieve the same grassroots successes as my colleagues in Africa, right here at home. If we really want to change the tone of this conversation, then we really need to continue these conversations we start. 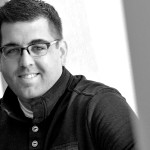 Jamey Hardesty is a member of the Medical team, where he applies the knowledge gained during his MPH work to help pharmaceutical and healthcare clients consider the wider opportunities around their brands.