A Lot of What I Know About Health, I Learned at the Movies

I’m a wealth of useless information. Friends have mentioned several times that I would be their first “phone-a-friend” call should they ever land on Who Wants to be a Millionaire. I attribute my knowledge of random things to a love of pop culture, a vast library of books (remember those?) and astute listening skills. Some might argue that last point, but, honestly, I’ve learned the most about life, death and everything in between because I watch movies. A lot of movies.

Having spent more than 20 years in the film and entertainment industry, I’ve gotten to indulge in one of my favorite pastimes at least once a week and often more. We screen movies to press. We analyze audience reactions. We promote films to hard-to-reach demographics, and sometimes we even assist with world premieres. Through all of this, we tackle some pretty tough subject matter—including diseases, addiction and many other human imperfections.

How film makes an impact
Movies teach without lecturing. They humanize diseases the general public may not know well, giving organizations in the real world a platform for education, fund-raising or just establishing empathy for people who are affected by the condition.

One of the first films I remember really learning something from was Philadelphia. It opened in theaters in 1993 with an all-star cast led by Tom Hanks and Denzel Washington. The movie placed AIDS into the mainstream, right in front of the American public. This was one of the first steps toward helping people understand the impact of HIV and AIDS. For me, it was the first time I saw how devastating the disease could be, how much knowledge we lacked as a society and how many misconceptions surrounded the issue.

Recently, The Theory of Everything offered an up-close look at amyotrophic lateral sclerosis (ALS, often called Lou Gehrig’s disease), a highly misunderstood disorder that earned little funding for a cure (until the Ice Bucket Challenge, but I digress). The Theory of Everything won an Oscar and a Golden Globe for Eddie Redmayne’s portrayal of astrophysicist Stephen Hawking, who lives with ALS. In every speech Redmayne gave following the film’s success, he increased awareness about the disease, dedicating his awards and performance to the Hawking family and the ALS community.

Other films to learn from
From Alzheimer’s disease in Still Alice to cerebral palsy in My Left Foot, and speech impediments in The King’s Speech to a teen battling leukemia in this summer’s Me and Earl and the Dying Girl, Hollywood has a long history of successfully enlightening the public about important health issues while simultaneously providing entertainment. I look forward to continuing my education from a comfortable seat in a cool, dark theater. 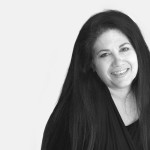 Alison Frost puts her cinematic viewing skills to work as a member of the Film and Entertainment team, working with major studios to ensure movie releases are successful at the regional level.