Apple is known for producing elegant devices that draw the attention of consumers around the world, but it’s a recent software update that may have the most profound impact on the world of advertising. In September, the company released a new version of iOS, the popular software that runs the iPhone and iPad. iOS 9 contains a feature called content blocking, and it has the potential to change the way we view advertising on the web forever.

Content blockers are web browser extensions that examine every web page you load and strip out parts of the code based on the rules you specify. Most typically, the content being blocked is advertisements, which is why the web browser extensions often are called ad blockers. In many cases, they also strip out the tracking services like Adobe Analytics and Google Analytics that allow publishers to track user behaviors.

Using an ad blocker, it’s theoretically possible to surf the web without ever seeing a banner ad or being tracked by any of the leading analytics or behavioral tracking services.

Content blockers are nothing new. They’ve existed for desktop browsers for years, but they’ve never quite reached the mainstream. The inclusion of ad blocking capabilities on the iPhone comes at a critical time in the evolution of advertising on the web, however.

As click rates have continued to decline, many publishers and ad networks have become more aggressive. They have increased the number of ads visible on each page; adopted more intrusive advertisements like those that cover the entire screen as soon as a page is visited; and started showing video commercials that play automatically with the sound enabled. Ad networks have gotten smarter about their advertising as well. Search for a product on Amazon and you’ll suddenly start to see ads for that product on your Facebook feed.

The increased use of these intrusive tactics has led many in the tech industry to lash out at the advertising industry. “Web advertising and behavioral tracking are out of control,” says Marco Arment, developer of numerous popular iPhone apps like Instapaper and Overcast. “They’re unacceptably creepy, bloated, annoying, and insecure, and they’re getting worse at an alarming pace.” Walt Mossberg agrees: “The system is broken and needs real reform.” He urges advertisers to self-regulate before the general public turns to content blocking. “The answer is for the ad industry to reform itself, so people don’t turn to ad blockers.”

Unfortunately for advertisers, the case for ad blockers gets more compelling when you consider the side benefits they offer. In addition to hiding obtrusive and annoying advertisements, they also make web pages load faster. In some cases, much faster.

Ben Brooks of The Brooks Review tested several iOS ad blockers against popular websites like BusinessWeek and NYTimes. His results showed that the web pages loaded as much as 300% faster when the ads were being blocked.

Speed is only half the story, though. Federico Viticci of MacStories found that removing the advertisements also produced as much as a 66% reduction in the overall page size. That means less drain on your wireless data plan and less drain on your battery—two things consumers value dearly.

What is an advertiser to do?

Ad blocking is not mainstream yet, but it is growing. PageFair reports a 48% growth in ad blocker usage between July 2014 and June 2015. Publishers with very technical audiences are taking the biggest hit, but you can expect the impact of content blockers to spread to more mainstream audiences in the coming years.

So, what is an advertiser to do?

The first answer is the most obvious: Make better ads. People don’t hate advertisements, they hate bad advertisements. Look for ways to inform, educate and delight your viewers rather than distract and annoy them.

A great way to do this is to look for opportunities with networks that present advertisements in a respectful, user-friendly manner. The Deck, for example, works with its publishers to ensure that only one advertisement is visible on any given web page. Rather than a sea of banner ads that blanket the fringes of every page, The Deck ensures that your message is presented tastefully and exclusively.

It’s also time to look beyond the banner ad. Sponsored posts, for example, offer a way to present your message to web visitors without detracting from their reading experience. Twitter’s Promoted Tweets and Facebook’s Boost Post features also provide opportunities to reach viewers with more substantial and relevant content. The growing popularity of podcasts also gives advertisers the chance to reach new and highly targeted audiences with advertisements read by the hosts themselves.

Apple has made it easier for users to block advertisements. Now it’s incumbent on advertisers to give users a reason to keep viewing them. 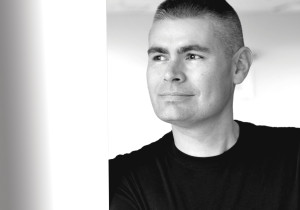 Bryan O’Malley leads our Interactive team from headquarters in Saratoga Springs, mixing the worlds of strategy, creativity and technology to bring forth innovative digital products for our diverse portfolio of clients.  He’s also a member of The One Percent – in height – at 6’6”.